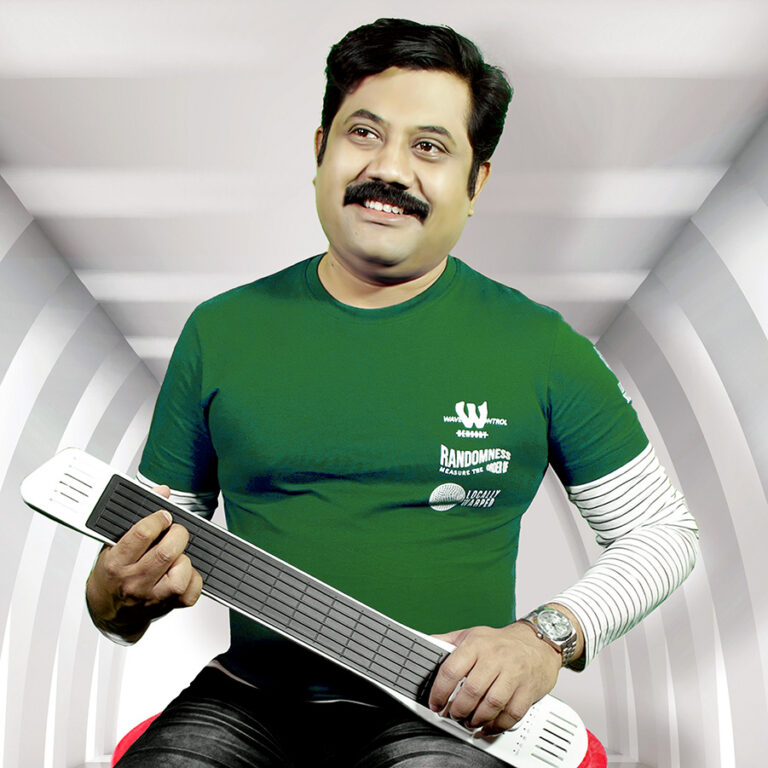 Mahesh Mahadev as a Raga Creator

Mahesh Mahadev is a raga creator and discoverer of the 21st Century. In Indian classical music, ragas are precise and highly organized melodic structures which have the capability to evoke distinct moods and emotions. It is not just a mere combination of musical notes but possesses rules which governs the usage of it. There are thousands of ragas in existence in Indian Classical music and many attempts of raga creations by many Music Legends Shri Tansen, Shri Harikesanallur Muthaiah Bhagavathar, Shri M. Balamuralikrishna, Shri Amjad Ali Khan and many others.

Mahesh Mahadev has also made contributions to the raga creation by inventing more than 50 Indian Classical Ragas which obey the rules of Melakarta and Thaat System in Carnatic and Hindustani Music respectively. The ragas created by him are pure derivatives of original parental scales of the Indian Classical Music which have not been found in the Indian repertoire of Classical ragas.

He has composed numerous songs in these ragas which can be viewed on the Raga page.

To know raga lakshana, arohana, avarohana and other details click on the raga names below.

Ragas yet to Release