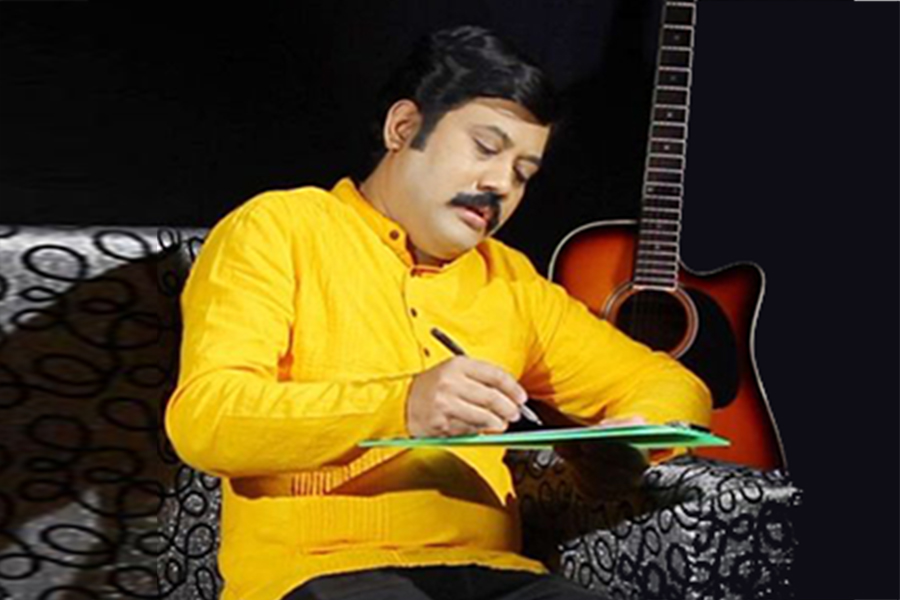 Mahesh Mahadev as a Lyricist

Mahesh Mahadev is a Lyricist working in Indian Film & Music Industry who has penned many lyrics in various languages for movies and private albums. He has written several devotional songs, kritis, varnams, banishes, thumris, bhajans under his pen name ‘Sri Skanda’. He is also credited to be the first lyricist and composer to write lyrics and compose songs in Sanskrit language on Lord Mahadeshwara, an incarnation of Lord Shiva in his private album ‘Maharudram Mahadeshwaram’.  His song ‘Omkara Pranava’ from the album became a super hit and received numerous appreciations from musicians and music lovers. This song was also adapted in the Tamil movie ‘Maaligai’ where few lines of original Sanskrit lyrics of this song has been retained along with an addition of Tamil lyrics version.

He has written original lyrics for patriotic, romantic, pathos, title songs for Television Channels, and musical shows. He has also written many translational lyrics for many private, promotional songs and movies. Being a Composer himself, he has also worked as a lyricist for other Film & Music Composers.

Mahesh Mahadev is currently  working as a lyricist for movie  ‘Jhansi IPS’ Music Composed by M. N. Krupakar and many more.

Mahesh Mahadev as a Vaggeyakara

Mahesh Mahadev has not limited himself to writing  lyrics for Movies, spiritual, devotional, Bhavageeth, other music genres.  He has explored his lyric writing skills in the field of Indian Classical Music under his pen name ‘Sri Skanda’. He has penned lyrics in Hindi language for his Hindustani Classical Bandishes ‘Giridhar Gopal Shyam’ and ‘Man ke Mandir Ayore’ composition in his raga creation ‘Bhimsen’. He has also penned and composed Carnatic Classical Varnams, Kritis and Tillanas.